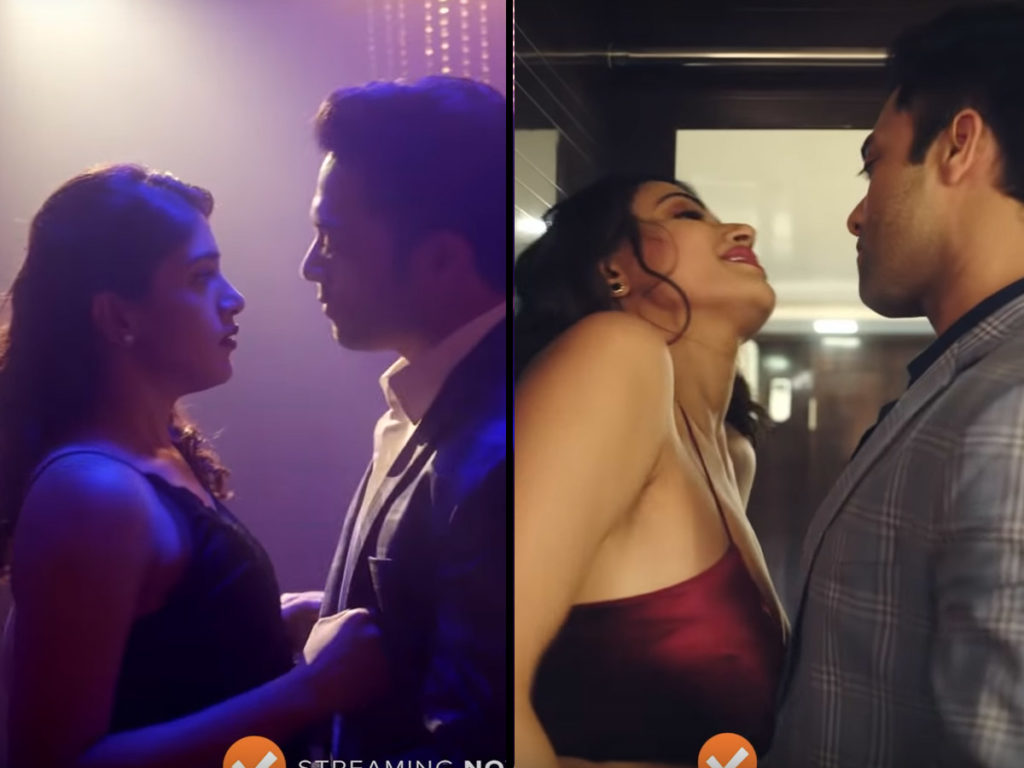 Back then there are rumours that when some directors asked this cute girl from Vizag to go little glamorous on the silver screen, she said a firm no. From there, today Youtube short films sensation Chandini Chowdhary has given a big shock to all of her admirers with her web-series debut.

Apparently, in ‘Aha’ OTT’s latest web series ‘Masti’s, which is created and produced by Krish, Chandini made her entry into web series space. While the show is a bit slow and TV serial like, it is Chandini’s kissing scenes with Navdeep that became the talk of the town. Unlike Telugu films where they plant a peck on lips, here Navdeep and Chandini engage in deep lip-locking. As per the story, Navdeep is into an extra-marital affair with unmarried Chandini who is a waitress at a bar.

Many wondered why Chandini has picked up this role and also she appeared as a lesbian (in a short cameo) in another ‘Aha’ web series titled ‘Shit Happens’ which has Viva Harsha in the lead. We have to see where these unexpected bold moves of Chandini will take her in filmdom.

America : Over 97,000 Kids Tested Positive For Coronavirus In Last 2 Weeks Of July