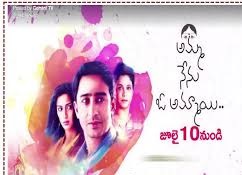 ‘Brahmastra’ is a film that made a lot of noise in recent times. This high-budget supernatural action thriller was released on 9th September and it bagged mixed reviews. There were high expectations on the movie before its release but the movie failed to reach them. Despite that, the film got huge opening week collections and turned out to be the biggest Bollywood earner this year. Yet, the film is far from reaching the breakeven mark.

As we know, the second part of ‘Brahmastra’ has been announced at the end of the first film. The makers already said that they are planning to make a trilogy and with the first part out, the focus shifted towards the second part. There are many reports suggesting that Ranveer Singh will be seen as Dev. Since Shiva is played by Ranbirr, the ’83’ actor will be seen as his father. Deepika Padukone will be seen in player the role of a person who can control water in this film as per sources.

As we know, both Shah Rukh Khan and Nagarjuna did special roles in the first part. Both the characters get killed in the film. Interestingly, Ranbir Kapoor revealed that director Ayan Mukherji has plans to bring SRK’s character back to life in second part. He stated that Ayan has a beautiful idea on how to bring back SRK’s character and the director is reportedly developing it. We need to wait and see how it turns out.

Ranbir and Alia Bhatt are the hero and heroine in this project while Big B Amitabh Bachchan, King Nagarjuna, Mouni Roy and others played key roles. Produced jointly by Star Studios, Dharma Productions, Prime Focus and Star Light Pictures, this grand project is an adventure film with a lot of supernatural elements inspired by the Hindu gods. ‘Baahubali’ and ‘RRR’ director SS Rajamouli presented this film in South India.

‘Bimbisara’ Beauty To Shake A Leg In ‘Godfather’?

Is Kajal Ready For An Item Song In Pan-Indian Film?

I oppose renaming NTR varsity, but like YS Jagan: Yarlagadda