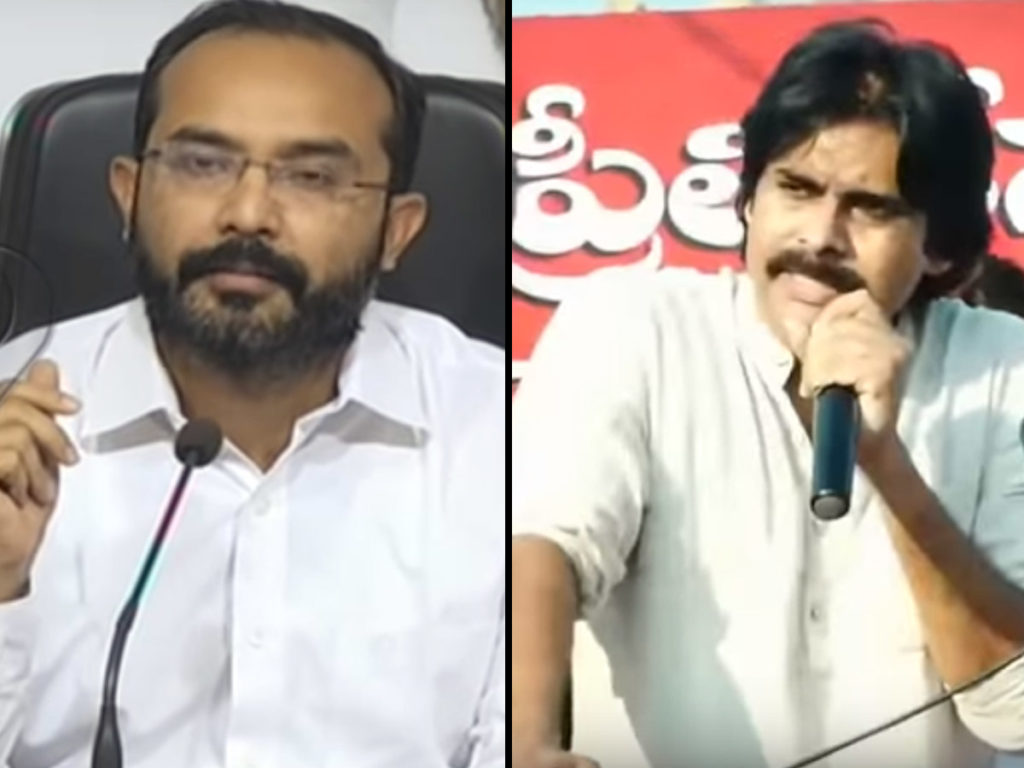 Janasena chief Pawan Kalyan’s public meeting in Kurnool, demanding justice for rape and death of school-going girl garnered mixed reactions. As the actor-politician mumbled many a time in the meeting and repeated the same two or three lines throughout.YSRC MLA Hafeez Khan did not take much time to counter Pawan Kalyan’s allegations and summary of his road rally in Kurnool.

The YSRC MLA also took a dig at him saying that Pawan does not have a basic right to talk about women and said if Pawan’s ex-wife Renu Desai talks the same about him now, the Janasena chief would have been in troubles under Disha act.

Hafeez Khan directly questioned Pawan Kalyan on why the latter could not question the case from the last three years and why he could not even mention the name of Chandrababu, though it happened during the TDP CM’s regime. Calling out Pawan’s inability to confront his ‘boss’ Chandrababu, Hafeez Khan alleged that Pawan did not want to trouble Chandrababu Naidu then. Hafeez further alleged that even if Pawan is the chief of Janasena and even if he made an alliance with BJP, Chandrababu will always be his boss.

Reminding the need for common sense, Hafeez asked if Pawan Kalyan does not even know that using the victim’s name in public and media is not correct. Questioning back Pawan Kalyan if he really knew what the YSRC government has done and been doing to bring justice to the victim’s family, Hafeez Khan said Pawan is just reading the script given by Naidu.

Hafeez also mentioned Pawan Kalyan’s U-turn on Rayalaseema capital, as the latter once he said that Kurnool is his capital but not Amaravathi and now, is protesting against the three-capital idea with Kurnool as Judicial capital.

YSRC MLA alleged that Pawan Kalyan is just trying to politicize the case and will go back to shooting for the next six months.

Earlier, Pawan Kalyan tried to relate this case to that of Disha, in terms of the need for anger and angst of public, but at the same time, he did not want encounters like in Disha’s case. He warned of complaining to HRC about this case if the police department or YSRC govt does not consider it handing over to the CBI.