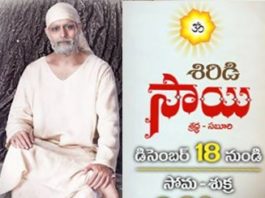 In a career of around 25 films, talented actor Sree Vishnu never did a police officer’s role. But he played the cop character for the first time in his career for ‘Alluri’ which is releasing on 23rd September. Directed by Pradeep Varma and produced by Bekkem Venugopal under Lucky Media banner, the trailer and pre-release event generated a good buzz on the film.

During the promotions, Sree Vishnu was asked about the reason behind playing a police role for the first time. He said, “At first I am not very interested in the role of a cop..But after Director #PradeepVarma told #Alluri story, it felt amazing. Very good story,I wanted to do it anyway. Pradeep also told me how to do it in detail with references & now I’m satisfied with my work.”

He added, “I have taken special care to sport different looks in the film. All these looks don’t seem forced and look natural on screen. Usually, I am soft-spoken and don’t react to anything. After playing a cop, I have been getting vocal on a few issues that are happening around me. I feel I have portrayed this character with utmost honesty and sincerity and I hope to continue growing with every film.”

Talking about ‘Alluri’, he stated, “The film has a rather simple storyline, inspired by a few sincere police officers in the Telugu States. We didn’t take any names as such but showed the story within the system. In general, any police officer who takes charge for the first time is aggressive, sincere, and passionate about their job. But one should do their duty like Lord Rama with great patience and perseverance. You will understand it better after watching Alluri.”

Kayadu Lohar is the heroine and Raj Thota cranks the camera for the movie for which music is provided by Harshavardhan Rameshwar. Dharmendra Kakarala is the editor and Vital is the art director. Tanikella Bharani, Madhusudhan Rao, Pramodini, Raja Ravindra, Prudhvi Raj, Ravi Varma, Jaya Vani, Vasu Inturi, Vennela Rama Rao, Srinivas Vadlamani and others played key roles in this movie.

When asked about his future projects, he said, “I am working on an Indo-Euro film, which is being directed by a Telugu filmmaker named Sai. The pre-production is underway and it is going to be an exciting film in my career. Besides this project, I am doing a film each with Raja Raja Chora-fame Hasith Goli and Husharu-director Harsha.”