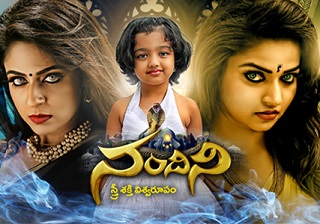 This is not the 70s and 80s or even 90s where people used to churn out more than half a dozen films in a single year. Keeping in mind the pre-production, shooting, post-production works and the budgets, a star hero is only able to come up with one film per year and even that may not be possible at times. The makers and the heroes are being extra careful these days in order to avoid bad results at the box office.

The situation became even worse when our heroes turned into pan-Indian stars. The script should be universally appealing and the planning should be perfect at all costs. A small hindrance or hurdle may lead to huge disasters. Two heroes from Mega compound have become pan-Indian stars now. While one is moving forward with a careful plan, the other hero is putting all eggs in one basket and hoping for the best.

After a massive success like ‘RRR’, Ram Charan has carved out a wonderful plan. Though ‘Acharya’ ended up being a disaster, it was not his movie and he played a special role just because it was his dad’s flick. He locked a project with legendary filmmaker Shankar. He grabbed the attention of Tamil media as well as national media with this move. The movie is being made on a grand scale. He recently announced a project under Buchi Babu Sana’s direction. This came as a shocker to many. Though there are doubts over this young director’s lack of experience, one shouldn’t forget that his teacher Sukumar will be behind him. Sources from the Mega compound suggest that it will be his 17th film and he will be working with another big director for his 16th movie. Charan is also having discussions with big South Indian directors like Prasanth Neel and Lokesh Kanagaraj.

On the flip side, there is Allu Arjun who gained super stardom with ‘Pushpa: The Rise’. The movie ended up being a blockbuster and Bunny’s acting along with his mannerisms got a fantastic response. He is putting all his trust in Sukumar as he gave the director almost a year to prepare the script for the second part. Just when the fans felt happy that the shooting has finally begun, the entire team is currently in Russia for ‘Pushpa’ promotions. They will return after a week or so.

There is no clarity over Bunny’s next film after ‘Pushpa: The Rule’. Star directors like Rajamouli, Prasanth Neel and others who can handle big pan-Indian stars are already booked for the next 4-5 years. Bunny cannot work with medium-range directors and none of the star directors are free at the moment. It is to be seen what Allu Arjun decides to do now since Charan is moving fast with perfect planning.