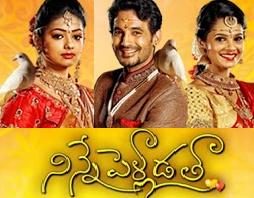 Star actress Samantha Ruth Prabhu enjoyed the number one position in Tollywood earlier. But she had slowed down a bit. Samantha had just one release last year with Yashoda. She played a Surrogate mother in Yashoda and gave her best in her role. Samantha owned the action scenes as well.

She will be seen next in Shaakuntalam, one of the much-anticipated films. The magnum opus will be released on a grand scale as a Pan-India film. The recently released trailer made the expectations of the film go up massively.

As the release date is approaching the makers of the film dropped the second single from the film titled “Rushivanamlona”. The song traces the love between King Dushyant and Shakuntala. Mani Sharma gave a tune that is soothing to the ears. Lyric writer Shreemani needs a special mention here. He penned beautiful lyrics and singers Sid Sriram and Chinmayi added life to the lyrics.

The song has become an instant hit and people are loving it. The melody tune makes everyone fall in love with it. The second single hints that the song is going to be a visual wonder with some breathtaking visuals with a forest backdrop.

The much-awaited film is directed by Gunasekhar who is famous for making films on a grand scale. Shaakuntalam is jointly bankrolled by ‘Guna Team Works’ and Dil Raju Productions banner. Samantha Ruth Prabhu played the title role in the magnum opus helmed by Gunasekhar. Malayalam actor Dev Mohan played the role of mighty king Dushyant.

Shaakuntalam is based on the Abhigyana Shakuntalam play written by Mahakavi Kalidasa. The upcoming film has an ensemble cast of Mohan Babu, Madhoo, Gautami, Aditi Balan, and Ananya Nagalla.

Earlier he made the period drama Rudhramadevi and brought the rich history of the Kakatiya dynasty. Rudramadevi talks about her heroics who is regarded as one the few warrior queens in Indian history. Rudramadevi tells us the tough times the queen faced and how she fought internal enemies and external enemies with the help of trusted aides like Gona Ganga Reddy. Anushka Shetty played the title role in the magnum opus.