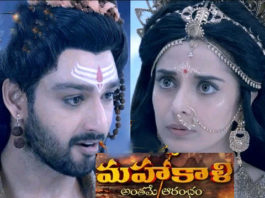 Bigg Boss Telugu Season 4 has completed its 7th week on Friday, and is going ahead with great momentum from fans and audiences. Bigg Boss gave a couple of tasks to the inmates on Friday, and started it off with the mattress task. In this task, those who manage to stay on the mattress by the time the buzzer is sounded, will be declared as the winner. Divi has been declared the winner, having managed to stay on the mattress till the end of the task, she was assisted by Amma Rajasekhar and Mehboob.

The second task that Bigg Boss gave the inmates is the one in which they have to make a movie. Bigg Boss asked the inmates to make a blockbuster movie, and even assigned everyone their parts in the process of making this movie. Bigg Boss assigned Abhijeet the task of direction; Divi, assistant direction; script writing, Avinash; DOP Noel; choreography Amma Rajasekhar; styling, Lasya; item song to Harika and Sohail. The rest of the contestants have been assigned the role of actors in this film. Avinash has also been given permission to act in this movie.

This movie has been named ‘Prema Modalaindi’, and Akhil and Monal are the hero, heroine in this film. Monal and Akhil were quite close during all of this, and were even romantic. Abhijeet even passed a sarcastic remark, where he said that he had to direct such an unfortunate scene in his life. Avinash and Ariyana are another pair in this movie, and they have more number of scenes in the movie.

Monal said to Lasya that she has been sidelined despite saying that she is the heroine, and was seemingly a little upset. Amma Rajasekhar and Abhijeet had a small fallout when the two of them didn’t agree upon the way the dance rehearsals should be done. Though the misunderstanding started off in a small way, it grew to be quite big, but soon things got better. On the other hand, Sohail and Harika practiced for their item song for a long time.