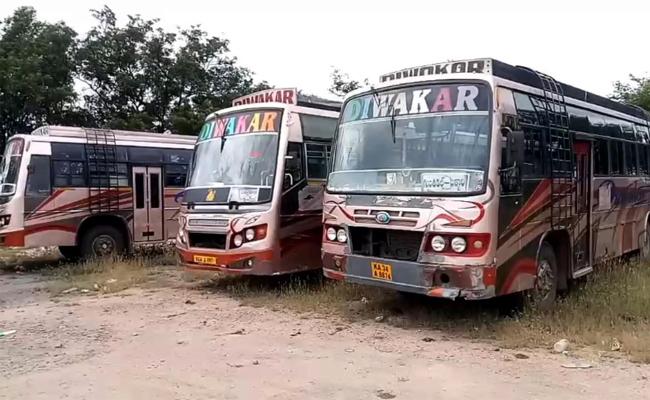 Senior Telugu Desam Party leader and former MP J C Diwakar Reddy, who used to be very aggressive when the party was in power, might have mellowed down after its defeat in the elections.But the alleged illegal transport services by his transport company – Diwakar Travels – continued to be run irrespective of whether he is from ruling party or the opposition.

On Thursday, the Andhra Pradesh Road Transport Authority gave a rude shock to JC by conducting a series of raids on his transport company.The authorities led by transport commissioner P Seetha Ramanjaneyulu and joint commissioner Prasada Rao went to the offices of Diwakar Travels and inspected all the documents.

Ramanjaneyulu told reporters later that as many as 23 buses of Diwakar Travels being operated without valid permits and licences had been seized.The authorities also cancelled the permits of other buses which were being run as inter-state stage carriers.

The commissioner said Diwakar Travels had been running more buses than the permitted numbers, carrying more passengers in each bus than the capacity and collecting more fares than the prescribed rates.

“We are booking cases against the transport company under the Motor Vehicles Act. We have been receiving complaints from the passengers for quite some time and the present raids were conducted based on the complaints. Investigation is going on,” Ramanjaneyulu said, adding it had nothing to do with politics.