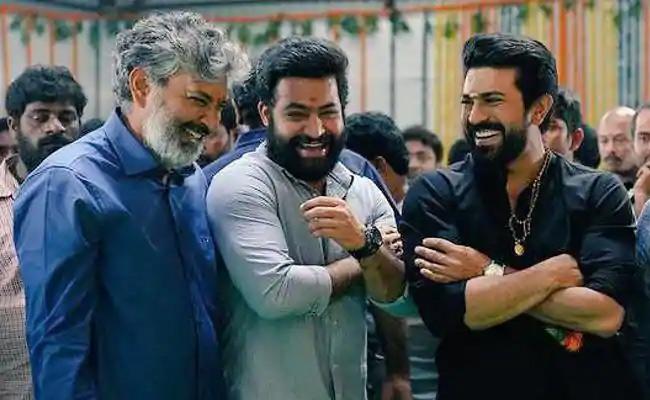 Post the stupendous success of ‘Baahubali’, Rajamouli became a pan Indian director and everybody is eagerly waiting for his upcoming flick ‘RRR’. Seeing Ram Charan and NTR together onscreen is one thing entire Tollywood is eagerly waiting to see. Apart from there is a lot more to offer in this flick.

We are aware of the fact that NTR will be seen as Komaram Bheem while Charan is playing Alluri Seetha Ramaraju in this film. Though both of them fought for freedom in separate time periods, they will be seen fighting together in ‘RRR’. Apparently, Rajamouli drew inspiration from Hollywood classic ‘Motorcycle Dairies’ and added some fiction in the stories of real life heroes.

Apart from this, they have roped in Ajay Devgn to play a key role in the film and Alia Bhatt is playing the female lead. Update is that the makers finished 40% of the shooting and are hell bent on releasing it on July 30th next year. Let us wait and see what Rajamouli has in store for us this time.