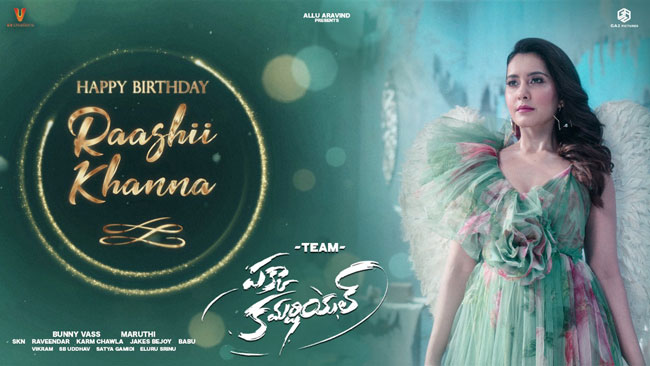 Milky beauty Raashi Khanna is celebrating her birthday today and marling the occasion, the makers of her upcoming film Pakka Commercial have unveiled a new teaser.

In the teaser, Raashi is seen is descending to the ground from the top as she sports a fairy tale-sequel outfit. She looks like an angel in the same.

“Pure as an angel, Sweet as Love” Here’s wishing the sweetest & super talented @RaashiiKhanna_ a very happy birthday -Team #PakkaCommercial,” the statement from the makers of Pakka Commercial read.

Raashi plays a witty lawyer in Pakka Commercial which has macho hero Gopichand in the central role.

The film is directed by Maruthi and it is produced by UV Creations and GA2 Pictures. The makers will be announcing the theatrical release date soon.