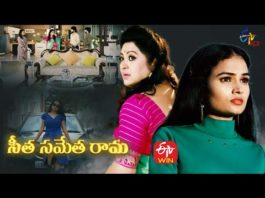 We usually expect the film’s main lead to be part of the shoot as most of the story revolves around him/her. But there are times when the filmâ€™s crew actually go ahead and shoot sequences without their hero due to scheduling issues or for any other matter. We are talking about high-budget mythological film â€˜Adipurushâ€™ directed by Om Raut.

We all know Prabhas will be seen as Lord Ram in this film based on Ramayana. The shooting came to a halt due to the lockdown but with things returning back to normal gradually, the team is planning to restart filming. Apparently, it will begin in June in Mumbai. Sources say that Saif Ali Khanâ€™s portions will be shot immediately in the studio entirely covered with a green mat.

After that, they will be coming to Hyderabad for a schedule which will be done in Ramoji Film City. Interestingly, Prabhas will not be working in this schedule too but the rest of the main cast will be. In the meanwhile, the pan-Indian star will be completing a few schedules of his action entertainer ‘Salaar’. After that, he will be joining the team of ‘Adipurush’ and start shooting as per the sources.

As it is known, Kriti Sanon is the female lead in this flick while Sunny Singh plays the role of Lakshman. The film is getting released in Telugu, Tamil, Hindi, Kannada and Malayali languages.