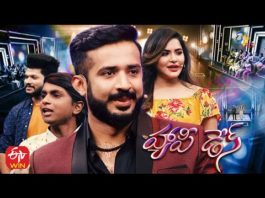 Acting is not an easy job and it becomes even more tougher when you were made to do an intimate scene or a rape scene. It is very awkward for actors but they had to do it for the story. Celebrated actor Ajay who is well known for his friend and villain roles has recently opened up about one such incident.

He recollected that day by saying, “During the shoot of Sri Mahalakshmi starring actor Sri Hari, I was informed about a rape scene. I was instructed by my director Vijayan about the rape scene for which a model was hired. While I was prepping for the scene, I came to know that the model was not informed about it.”

Ajay added that he was terrified because the model was not given the proper information. He told, “The director was urging me to go ahead with the scene, but I told him how I could. In fact, the model started crying out loudly.”

He later said that it was weird to have around 100 people watching while doing such embarrassing scenes. Ajay claimed that he did many villain roles but thankfully stayed away from any rape scenes after that. He also said that the fight scenes were tougher back then than it is today.