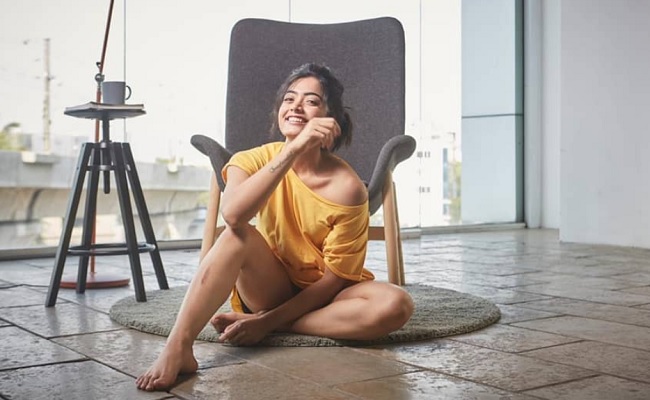 Recent IT raids on her residence in Karnataka made people believe that Rashmika Mandanna must have had earned huge money from films.

Kannada media even went on declaring that she has Rs 200 crore assets. The truth is Rashmika has not made big money from her films so far.

Although she has acted in six Telugu films – ‘Chalo’, ‘Geetha Govindam’ and ‘Devadas’, ‘Dear Comrade’, ‘Sarileru Neekevvaru’ and ‘Bheeshma’, she has received big money for only two films which were released this year.

She is now charging Rs One crore plus for her latest movies. But contrary to popular belief, she has earned just three to four crores from the entire six Telugu movies.

The big money will start trickling down now as she has earned the image of ‘lucky heroine’.

Heroes and producers are believing that she brings luck to projects and are now offering big money.

Rashmika Mandanna has already signed Sukumar – Allu Arjun’s untitled film and is in talks for #NTR30. She is also being considered for two other biggies that are going to be launched in the next two months.