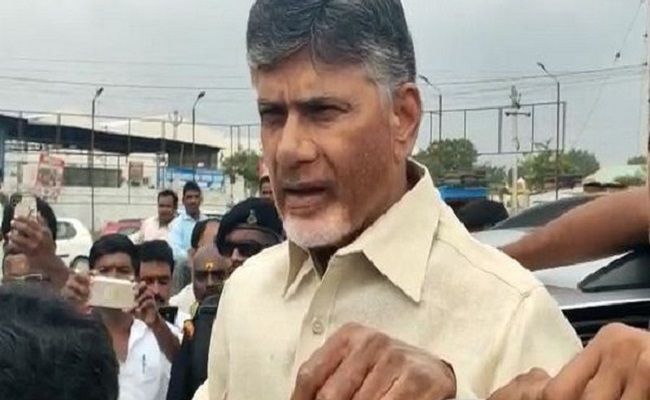 Desperately sitting in the opposition and having bleak chances of returning to power or ensuring the peaceful succession of his son Lokesh, TDP Chandrababu Naidu is touring in North Andhra region on Thursday.

As he is scheduled to take up Praja Chaitanya Yatra in Vizianagaram district, Chandrababu Naidu planned to take out a motor rally in Visakhapatnam from airport in the morning.

Naidu is not leaving even a minute opportunity to be in the midst of the people and speak against the government.

The TDP leaders, as per the plan, have sought the police permission for Naidu’s rally in Visakhapatnam city which was partially granted.

The police have restricted the number of vehicles to be part of Naidu’s rally in the city keeping in view the city’s vehicular traffic as Thursday is working day.

Waiting for every opportunity to target the ruling YSR Congress-led government, the TDP leaders getting ready to create law and order problem and thus nail the government.

The party has the advantage of media’s support which gives highest priority to Chandrababu Naidu and his politics.

Naidu wants to make use of this advantage to make a ground for his politics and thus return to power in 2024 elections.

The man who spoke against rallies and other forms of protests while in power is completely taking to the streets, after the humiliating defeat in the 2019 general election.

Whether or not permission is given, the TDP chief and his party leaders, with the support of the media, would make it an issue in Visakhapatnam today.

Remember, it was in Visakhapatnam two years ago, Chandrababu Naidu did not allow Jagan Mohan Reddy even to walk out of the runway in the airport and he called Jagan’s visit as an attempt to destroy the state.