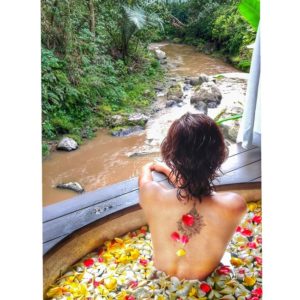 Amala Paul is a daring actress. She doesn’t hesitate in acting nude. Nor she thinks twice in posting revealing photos on social media.

After stripping naked for her role in ‘Aame’ early this year, she has now has turned up the heat with a topless image.

On her Instagram account, she posted some pics from her latest photoshoot. She posted this pic in which she was seen relaxing in a bathtub filled with exotic flowers.

All in all, Amala Paul is turning bold. She is setting the bar high for other actresses in bold acts.