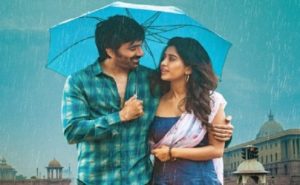 Mass Maharaja Raviteja has been struggling of late with a streak of failures.

A hat-trick of flops has hit his market pretty bad and he is hoping to bounce back with his upcoming retro action thriller Disco Raja.

This film was slated for release on December 20 earlier, but it is now pushed to Dec 24.

This is a wise move because it not only averts clash with Prathiroju Pandage and Ruler but also would not be affected by Star Wars and Dabangg 3 that are releasing on the same day.

Dec 24 is the best date as it will have big holiday in its first weekend. However, buzz has it that Venky Mama is also aiming at the same release date.