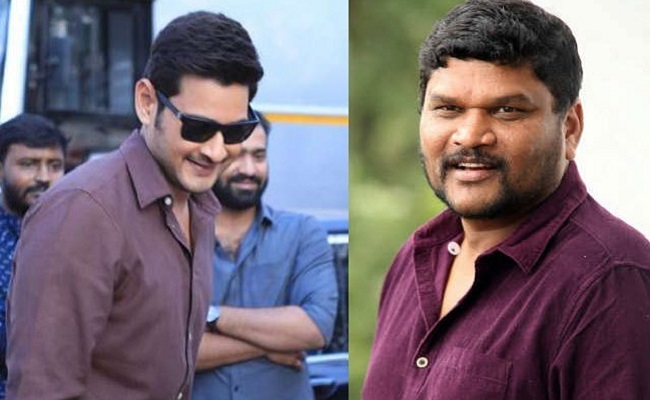 Parasuram who delivered blockbuster Geetha Govindam has been waiting to get approval from a top star. Looks like, the young and talented filmmaker has finally got the nod from a big star.Yes, director Parasuram has narrated a story line to superstar Mahesh Babu to which the latter has given the thumbs up.

Parasuram met Mahesh Babu through Koratala Siva and has given a brief narration, which impressed Mahesh in the first sitting itself.Parasuram has a commitment to do his next for Geetha Arts, but Mahesh wants Dil Raju to co-produce the film with Allu Aravind.

Dil Raju is still busy with the promotions of Maharshi and Allu Aravind is currently on a holiday with his family. Therefore, Mahesh will decide about the production house after having discussions with Allu Aravind and Dil Raju.

Meanwhile, Sandeep Vanga of Arjun Reddy fame also has pitched another story idea to Mahesh. The superstar also is keen on working with Trivikram shortly.Mahesh will take a call on his twenty seventh film after further discussions. His twenty sixth film with Anil Ravipudi will go to floors very soon. It is aiming at Sankranthi 2020 release.