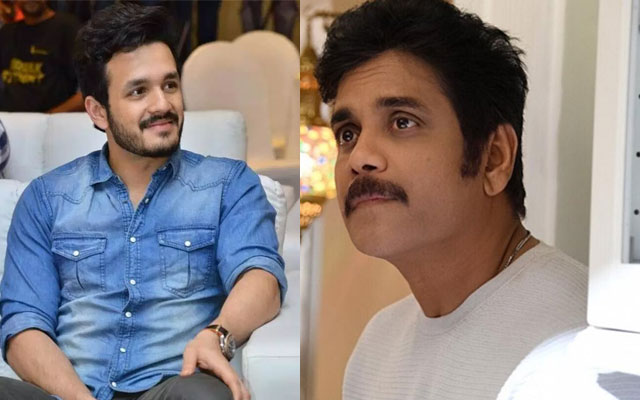 A few days ago there are reports everywhere that senior hero Akkineni Nagarjuna is going to jump in to give financial support for Akhil’s upcoming project. And now, few sources close to Geetha Arts camp have ridiculed this.

Apparently, Allu Arvind has taken the onus of giving the right film for Akhil and he has roped in director Bommarillu Bhaskar to prove his mettle yet again through a movie with this hero. Rumours have that Arvind has laid cap on the budget and decided to make the film with only 20 crores. But Nagarjuna is said to have intervened to say that he will be investing the rest of the money the project needs, such that the film will look lavish and great.

There is no truth in such rumours, says sources close to Allu Arvind, as they have decided that to make this film on a minimal budget such that Akhil will get his first ever profit-making movie. Despite collecting crores of shares, most of Akhil’s three movies ended up as cost-failures. And that’s the reason they are thinning out the expenditure. Also, Nagarjuna is not at all interfering in this project as he knows that Arvind would do the right thing.