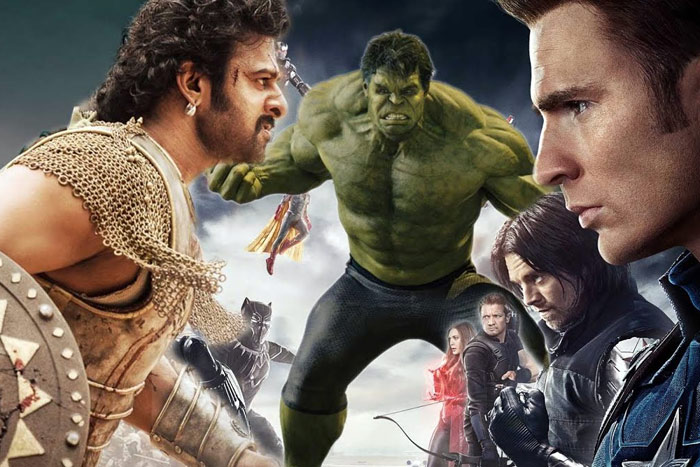 At the Bollywood box office, cinema experts are busy comparing the collection of Baahubali 2 Hindi version (the top Bollywood grosser) with all the big releases all the time. And recently they have compared it with Avengers: The End Game collections as well, and the second week collections indicate that the Hollywood flick is nowhere in the race.

A couple of weeks ago, taking the whole of Avengers End Game collection from Telugu, Hindi, Tamil and other languages into consideration, Bollywood trade analysts have earlier claimed that the film has beaten Bollywood’s biggest hit Baahubali 2. But if they took Baahubali 2 collection from all languages into consideration, then the film will fall back ages. Even after the second week, Avengers haven’t pulled off any better.

While Baahubali 2 Hindi made 145+ crores nett collection in two weeks of time, Avengers End Game made 75+ crores after two weeks of the run. And in between them, there are almost half a dozen films like Dangal, PK, Sanju, Bajrangi Bhaijan and Tiger Zinda Hai. Its impossible for Avengers to touch Baahubali 2 now in Hindi itself while beating its India wide collection is simply impossible.