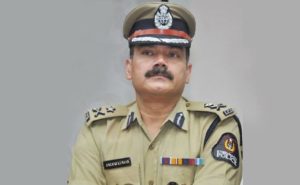 He said that RTC unions, some frontal organisations of Maoists and other parties were involved in stone pelting incidents at 7-8 places, causing injuries to senior police officials including an Additional Deputy Commissioner of Police and two Assistant Commissioners of Police.

He said though the police had refused permission for the march, activists of RTC unions, New Democracy cadres and others in large numbers tried to enter Tank Bund. “Police tried to stop them but they pelted stones and as a result several police officers were injured,” he said.

Meanwhile, the Joint Action Committee (JAC) of the TSRTC, which had called for the march alleged that several protesters including women were injured in the indiscriminate use of force by the police. JAC leaders said some protesters suffered bleeding injuries.

JAC had called for the march as part of the ongoing strike by the TSRTC employees which entered its 36th day on Saturday.