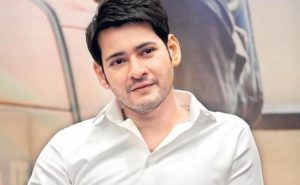 Mahesh Babu has remained silent on the debut of his nephew Ashok Galla into films.

He has not even tweeted about the launch of Ashok, nor is he attending the movie launch that is going to take place on Sunday in Hyderabad. Instead, mega power star Ram Charan will grace the event as the chief guest.

Well, Ashok Galla’s movie was launched earlier with much fanfare but the film was scrapped by producer Dil Raju.

Now, Mahesh Babu’s sister Padmavathi has turned a producer to launch her son Ashok in the direction of Sriram Aditya. In a way, this is the second launch.

But Mahesh Babu refused to attend the launch despite a request from his sister. He turned down her request because he has a sentiment of not attending movie muhurthams.

Mahesh Babu will promote his nephew when his film gets ready for release. Apparently, he made a promise to Galla to that effect.

Ram Charan has readily agreed to grace as Jay Galla requested him personally.