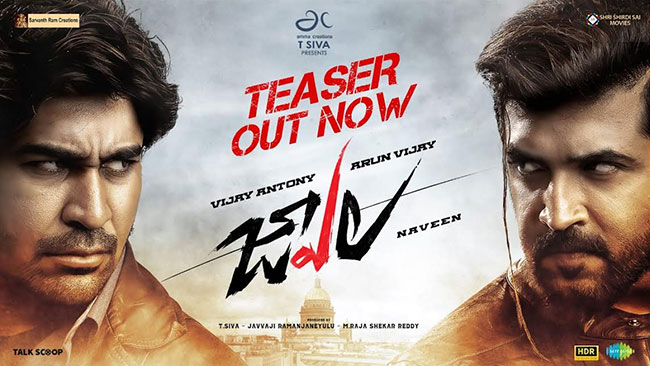 Presented by T.Shiva in Amma Creations, the intense edit by Vetrikrishnan, excellent music by Natarajan Sankaran & brilliant visuals of Cinematographer KA Bachcha in the teaser hypes the expectations on the movie.

Promising Actress Akshara haasan is playing a key role in the film while eminent actors Prakash Raj, Raimasen and Nazar are known to make a strong impact in the story with their roles.