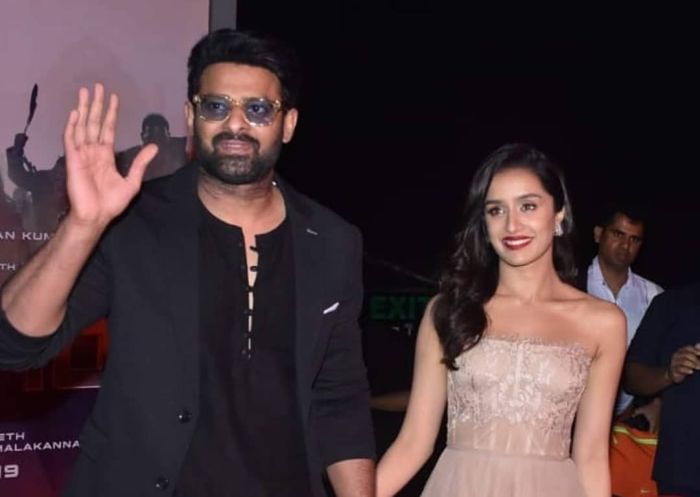 “Can you beat the Khans here and take the crown?” is what the question many Bollywood journalists are now tossing to Prabhas whenever he meets the media there. With Baahubali franchise being such a huge hit, surely the expectations on Saaho are doubled now, and here comes Prabhas answer for the questions.

At the trailer launch of Saaho, when a journalist asked him about beating the Khans, the response from Prabhas is quite epic we have to say. “Can you beat the Khans here?”, the lady journalist asked; “Thank you, mam”, said Prabhas, in his usual appealing tone. The auditorium has burst into laughs with Prabhas’ answer and even Shraddha can’t control laughing big time.

But in fact, already the khans are beaten in Bollywood by Hindi films itself. While Shahrukh Khan is not able to score a single hit in his last six films, and Aamir Khan struggling to score big, as Dangal is the only film that did well for him in the recent times. Then Salman’s recent films are disasters only. And if Saaho scores well in Bollywood, then the answer will be loud and screamy.