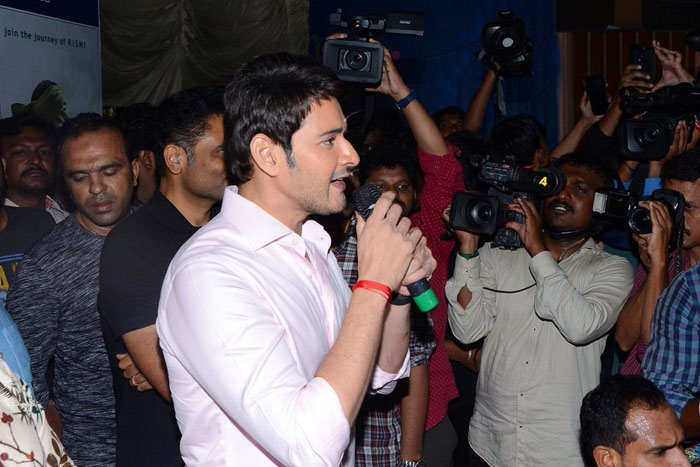 Like we said already, producer PVP is making sure that he will bring Superstar Mahesh Babu to Vijayawada for a big event to celebrate the success of Maharshi movie. As the film got somewhat mixed talk initially, there is no confirmation over this, however.

But it looks like the team of Maharshi is actually making arrangements in Vijayawada, the place where PVP contested as MP, to hold a big ‘thank you’ event of Maharshi. And before taking his flight to the United Kingdom for a pleasure trip with the family, Mahesh will be attending this meet along with the whole of cast and crew. So what is the confirmation for this?

Other day after visiting a theatre in Hyderabad, Mahesh himself confirmed that he is going to meet all the fans once again at the grand success meet. And surely that won’t be in Hyderabad as already pre-release and other things happened in Hyderabad only.

Meanwhile, arrangements are also being made to take the directors of all of Mahesh Babu’s movies to Vijayawada for this event where they will all get felicitated.