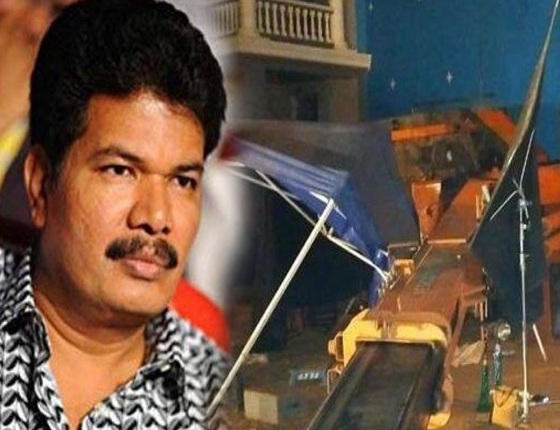 Just a week ago, ace filmmaker Shankar’s Indian 2 sets witnessed a tragic mishap where a huge crane fell and claimed the lives of the director’s personal production assistant Madhu (29), asst. director Sri Krishna (34) and art assistant Chandran. The incident left the film team in deep trauma and with Shankar’s first tweet today ever since the incident, it is comprehended that the impact on him is still heavy and painful.

Shankar tweeted – “It is with utmost grief, I’m tweeting. Since the tragic incident, I’ve been in a state of shock & having sleepless nights on the loss of my AD & crew. Having missed the crane by a whisker, I feel it would’ve been better if it was on me. Heartfelt condolences & prayers to the families”. The emotional tweet from the filmmaker tells us that he is completely crushed and broken-hearted.

A few days ago, actor Kamal Haasan and Lyca Productions announced financial aid to the families of the deceased. The incident is already disturbing for the team, and Shankar’s tweet today is leaving fans more upset. Indian 2 has always been one of the most-anticipated flicks that audiences of all states have been waiting for. But, the director himself is in a state where he needs time to recover from the irreparable loss of his crew members.

Currently, it is yet to learn on when the shooting will resume, however, it is understood that the team will be needing a few more days to recover from the trauma. Bankrolled by Lyca Productions, Indian 2 features Kamal Haasan, Kajal Aggarwal, Siddharth, Priya Bhavani Shankar, Rakul Preet Singh, Nedumudi Venu, Vivekh, Bobby Simha in prominent roles. The music will be composed by Anirudh Ravichander.