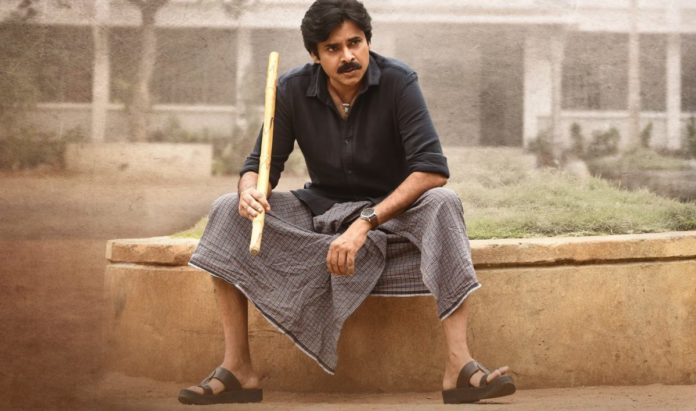 The much-awaited trailer of Pawan Kalyan and Rana’s Bheemla Nayak is set to be unveiled very soon. The makers have apparently locked a special date for unveiling the trailer.As per reports, the theatrical trailer of Bheemla Nayak will be out on the 14th of December, marking the occasion of Rana Daggubati’s birthday.

The makers opined there is no better occasion to release the trailer than on Rana’s birthday. Saagar Chandra and Trivikram are working on the trailer cut now.The trailer will be loaded with action shots and elevation blocks involving Pawan Kalyan and Rana. It will be a full-on mass treat to action lovers. The trailer will mark the commencement of the promotional campaign that is to follow.

Bheemla Nayak is announced for theatrical release on the 12th of January. It will be locking horns with RRR and Radhe Shyam. Thanks to ‘RRR’, Ram Charan managed to get a nationwide craze. His fanbase grew massively and there is a lot of buzz on his next project with legendary filmmaker Shankar. It is Charan’s 15th project and Dil Raju’s 50th movie under their banner. Kiara Advani is the heroine in this project while Thaman is the music composer.

The shooting commenced long back and insiders claim that over 50% of the shooting has been wrapped up. The latest we hear is that Shankar decided to put #RC15 on hold and restart working on ‘Indian 2’. Reports claim that the massive success of ‘Vikram’ has indirectly affected ‘#RC15’. Kamal Hassan gave a stupendous comeback with Lokesh Kanagaraj’s gangster drama and everyone are eagerly waiting for ‘Indian 2’ now.

With the court issues getting cleared, Shankar decided to press pause of Ram Charan’s film and complete ‘Indian 2’ with Kamal Hassan as quickly as possible. Reports claim that it may be a few months befor Ram Charan-Shankar project resumes again. Prominent actors like Sunil, Srikanth, Anjali and others are playing crucial roles in this political thriller. This movie is expected to hit the screens in 2023 but it may get psotponed further. Hope Shankar gets his form back and delivers a blockbuster with Ram Charan once again.

Insiders claim that Charan is looking to start Gautham Thinnanuri’s film immediately and finish it before going back onto Shankar’s pan-Indian project. Ram Charan’s film with the ‘Jersey’ director is going to be bankrolled by UV Creations banner. Let us see when #RC15 goes back onto the floors again.