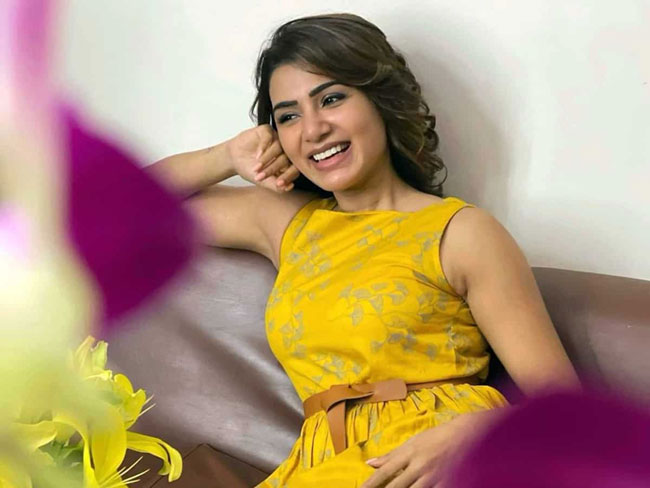 In her latest interaction with a media portal, Samantha stated that 2021 has been a tough year for her personally. That is understandable, given the fact that she announced separation from her husband Naga Chaitanya and had to go through an emotional roller coaster. The actress even went on a few spiritual trips and vacations to rejuvenate herself mentally. She spent quality time with friends and family to recover from the tough state of mind. She seems to be over the separation now and she has been going really aggressive as far as her career choices go. The star actress has been signing new projects left right centre and she is showing no signs of slowing down just yet. If anything, Samantha is only amping up her project approval rate and this is leaving her fans and followers greatly excited. It is known that Samantha recently announced a couple of bilingual projects that are in early stages of production. She has also lined up a straight Hindi film that will be produced by Tapsee.

Samantha has been agreeing to do projects at a rapid pace. She is announcing new projects without any gap and the fact that she recently announced her maiden international film, Arrangements of Love, days after announcing the bilingual projects proves the same. Now, there is a notion that there is a strong reason behind Samantha’s hurried announcements. Apparently, the actress wants to showcase that she is doing perfectly well after the divorce and it had no effect on her. “These consecutive projects and related announcements are only showing that Samantha wants to imply she is still in the peak of her career and the divorce hasn’t changed her neither personally nor professionally. It appears to be that she is trying to ward off all the negativity she had garnered after announcing separation by announcing new projects,” an observer in Tollywood told.

Either way, Samantha is clearly suggesting that her career hasn’t slowed down one bit after the divorce. Interestingly enough, Samantha will be seen as a bisexual woman in her upcoming international film Arrangements Of Love which was announced recently.