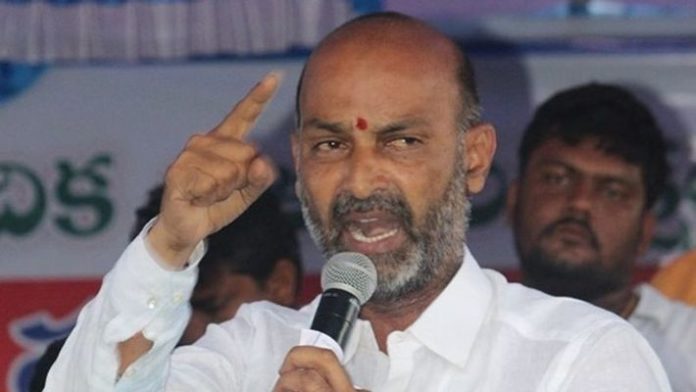 Telangana BJP president Bandi Sanjay is currently busy with his padayatra in Telangana. The leader is at Karimnagar currently, and the speech he gave yesterday has definitely hit the wrong notes, with Muslim and minority leaders lodging complaints against Bandi, for hate speech. Members of the AIMIM demanded that the state government should take strict action against Bandi, while Muslim leaders from the Congress too have filed a police complaint against Bandi.

Local TRS leaders filed two separate complaints against Bandi at the Two Town Police Station in Karimnagar. All of these petitions demanded strong action against him for making provocative comments against Muslims, mosques, and madrasas. There have been requests to take relevant action on Bandi, under the relevant sections of the Indian Penal Code, as he is a Member of Parliament. Chief Minister K. Chandrasekhar Rao and Director General of Police M. Mahender Reddy, have also been requested by the members of AIMIM to take exemplary action against Bandi so that such events can be avoided in the future.

Telangana Congress’ Minorities Department Chairman Abdullah Sohail Shaik said that Bandi made such statements to simply get the attention of the people of Telangana. He said that Bandi earlier promised to give four percent reservation for Muslims and Urdu language, and is now making hate speeches against the same community. On Wednesday, Bandi said that Muslim rulers demolished many temples in Telangana and built mosques over them and that shiva would be found if these mosques were dug out, which he promised would happen if the BJP came to power in Telangana.