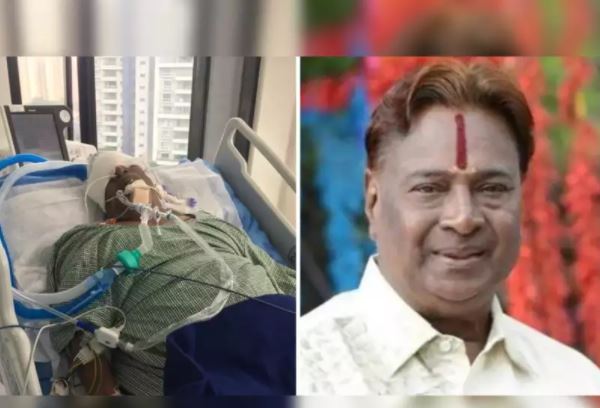 National award winning choreographer and TV personality Siva Shankar, aged 73, is critical after testing COVID-19 positive.
Latest reports confirm that he was admitted to the Intensive Care Unit (ICU), AIG hospital, Gachibowli around four days back. Talking to ETimes TV, Ajay Krishna said, “Yes, his condition is critical. Please pray for him.”
Ajay claims that his father has been at home for the past 20 days now. His brother is also admitted to the ICU, sources suggest. “Both my dad and brother are lying on the bed in the ICU now. It is a very tough sight,” says Ajay.
Sources close to the choreographer disclose that the family is toiling hard to meet the medical expenditure of nearly Rs. 1.2 lakh per day for Siva Shankar. His family is gaining support on social media with media professionals sharing about his health condition seeking financial support.
On the work front, National Award winning choreographer Siva Shankar got close to the telly audiences with the popular dance reality show Challenge, hosted by Ohmkar. He judged the reality show along with Rajini and others. His appearance on Suma Kanakala’s Cash featuring choreographers Baba Bhaskar, Jaani and Raghu is popular on social media as well. Siva Shankar was a part of popular daily soaps No. 1 Kodalu and Naga Bhairavi as well.