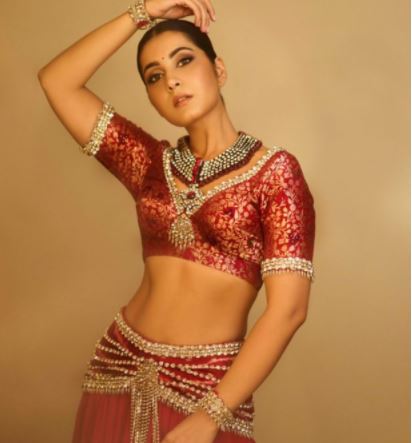 Milky white beauty Raashi Khanna has made it a habit to set the temperatures soaring with her red-hot glamour exhibition. Her latest set of snaps prove the same.

The actress looks all things alluring in her latest snap as she sports a fusion outfit that perfectly emulates her killer curves.

The red-colored outfit showcases the glamorous side of Raashi and the beautiful diva looks absolutely sensational in the same. There is a fair bit of skin show as well.

On the work front, Raashi is awaiting the release of Pakka Commercial which has Gopichand in the lead role. She is also filming for her maiden OTT project which is being directed by Raj and DK, the men behind The Family Man.