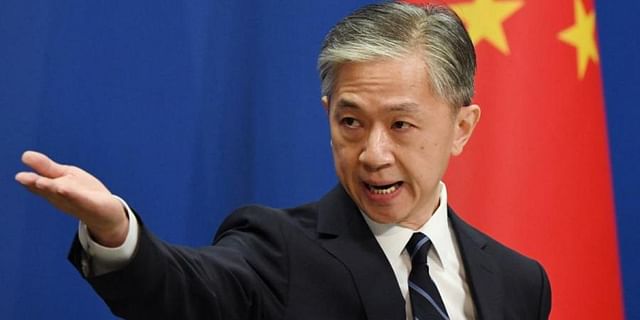 BEIJING: China on Friday said it was in “close communication” with the US to facilitate the first virtual summit between President Xi Jinping and his US counterpart Joe Biden and hoped that Washington will work with it to bring the bilateral ties back to the “right track of sound and stable development.”

US officials said last month that they had reached a tentative agreement with China to hold a virtual meeting between Biden and Xi before the end of the year, as part of an effort to ensure stability in one of the world’s most consequential and fraught relationships.

While some reports said the meeting could take place as early as Monday, both sides have not given any specific details and a firm date.

Responding to a question regarding the Xi-Biden virtual summit at a regular Chinese Foreign Ministry briefing, a spokesperson said that China and the US are in “close communication on the specific arrangements of their leaders’ meeting.”

Spokesperson Wang Wenbin said that this year, President Xi has had two phone conversations with President Biden at request.

The two heads of state have agreed to maintain regular contact in various ways.

“We hope that the US side will work with China to make the meeting a success and bring China-US ties back to the right track of sound and stable development,” Wang said in Beijing at a regular foreign ministry briefing.

Tensions between the US and China have escalated in the last several years.

Trump levied tariffs on billions of dollars’ worth of imports from China, prompting retaliation from Beijing.

The Biden administration has maintained Trump’s tough position, and worked more with traditional U.S. allies to collectively put pressure on Beijing on a range of issues, including human rights, Taiwan, Xinjiang and Tibet.

However, in a surprise move, China and the US this week announced at that the two countries will boost climate co-operation.

The US and China are the world’s two biggest CO2 emitters.

The announcement by the two global rivals was made on Wednesday at the COP26 climate summit in Glasgow.

The last time Biden and Xi spoke was in September, in a phone call that lasted roughly 90 minutes.

The two leaders also spoke for two hours in February — their first phone call since Biden took office in January this year.

The tentative agreement to hold a virtual summit between Xi and Biden was the result of an extended, six-hour meeting between Biden’s national security adviser Jake Sullivan and China’s top diplomat, Yang Jiechi in Switzerland, just days after Beijing sent record-breaking numbers of war planes into Taiwan’s defence zone.

President Xi has not left China in 21 months, following moves to tighten the country’s borders in response to the COVID-19 pandemic.

He skipped the G20 summit in late October, as well as the COP26 climate conference in Scotland this month.