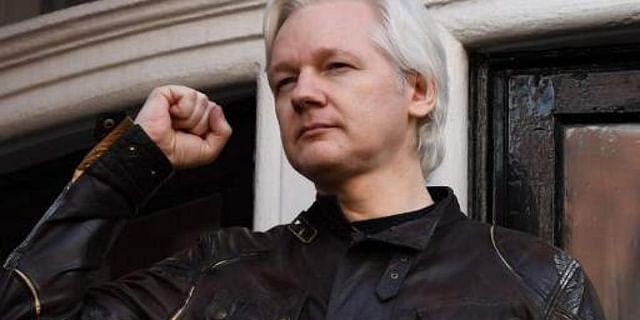 Assange has been held in London’s high-security Belmarsh Prison since 2019 as he fights a US attempt to extradite him on espionage charges.

The couple began their relationship during Assange’s seven years living in the Ecuadorian Embassy in London to avoid extradition to Sweden on unrelated sex offenses allegations.

“I am relieved that reason prevailed, and I hope there will be no further interference with our marriage,” Moris said. In January, a judge refused a US request to extradite Assange, but he remains in prison while a higher court considers the US government’s appeal.

Assange and Moris made their relationship public in April 2020 and had applied to prison authorities for permission to wed.

They threatened legal action against the prison governor and Justice Secretary Dominic Raab, accusing them of trying to prevent the marriage from taking place.

“Mr. Assange’s application was received, considered and processed in the usual way by the prison governor, as for any other prisoner,” the Prison Service said Thursday. No date has yet been set for the wedding. U.S. prosecutors have indicted Assange on 17 espionage charges and one charge of computer misuse over WikiLeaks’ publication of thousands of leaked military and diplomatic documents a decade ago.