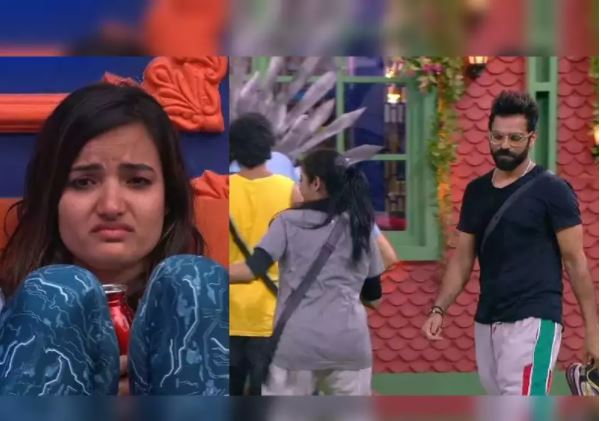 The latest episode of Bigg Boss Telugu 5 started with the aftermath of the nomination task. The contestants talked about each other’s reasons for nomination.
Maanas as the captain of the house gave a sponsored award to Sreerama Chandra for keeping the kitchen clean.
In the last captaincy task, the contestant occupying the monarch throne upon every siren became the monarch of the round. The rest of the contestants had to participate in a challenge to save themselves. The monarch had to decide the fate of the last two contestants in the challenge. Both the contestants had to try convincing the monarch to save them and the latter had the power to save one of them. The housemates got to save one contestant in the last round.
Siri occupied the throne in the first round while Sunny and Ravi were the last two contestants in the challenge. Siri chose to promote Ravi to the next round. Sunny was upset with her decision.
Sreerama Chandra occupied the throne next. Ravi and Kajal were the last two contestants in the challenge. Kajal and Ravi put forth their argument. But Sreerama Chandra grilled Kajal about her strategy against Anee in the eviction free pass task. He eventually saved Ravi. Kajal, who was very upset with Sreerama Chandra’s decision, had an emotional outburst as she lost the last chance to become the captain in the season. She felt dejected that she couldn’t become the captain of the house at least once in the season.
In the third round, Ravi occupied the throne while Maanas and Shanmukh stood last in the orange task. Ravi saved Shanmukh.
Priyanka occupied the throne in the next round. Amongst Shanmukh and Sreerama Chandra, Priyanka chose to save Shanmukh saying he did not nominate her back in the nomination task. Kajal celebrated Sreerama Chandra’s disqualification from the task.
In the last round, Siri and Priyanka had a tie in occupying the throne. While both Siri and Priyanka claimed that they occupied the throne first, Maanas, the Sanchalak of the task, decided to give it to Priyanka. He thought Siri reached the throne first but Priyanka sat in the throne before her. Siri called Maanas’ decision unfair and walked away. She had an emotional outburst which led to a fight with Shanmukh as well.