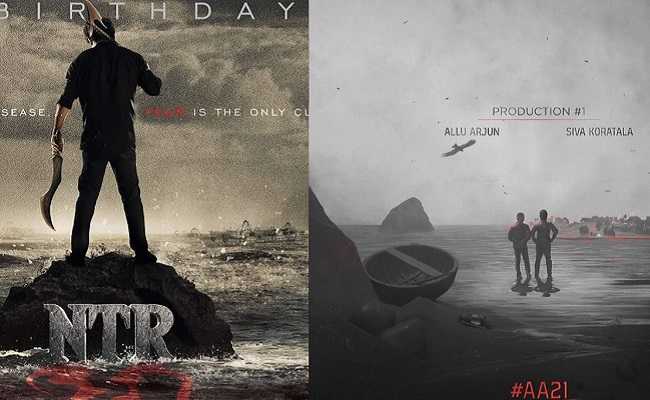 Before the pandemic season, a film in the combination of Allu Arjun and director Koratala Siva was announced with much fanfare. A poster was also unveiled. But the film got shelved later.

The poster of #NTR30, which sees NTR and Koratala Siva coming together for the second time, is out.

The posters of #NTR30 and #AA21 (now defunct project) have the same backdrop of a sea and the hero stands with his back to the camera.

The difference is that #NTR30 has a tagline – “When courage turns into a decease… Fear is the only cure.”

Apparently, Koratala Siva altered the story of #AA21 slightly and is making it with NTR. The social media folks are quick to find similarities between the two posters.

It must be remembered that Koratala had confessed long back that he would only tell ten stories and retire.