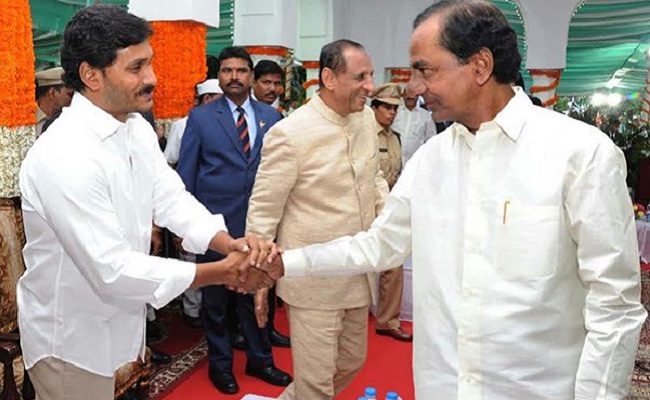 A report that appeared in a popular English daily that former Congress president and United Progressive Alliance chairperson Sonia Gandhi had invited Telugu Desam Party, YSR Congress party and Telangana Rashtra Samiti along with other non-BJP parties for a dinner meeting in New Delhi on May 23 created ripples in political circles.

The meeting was reportedly called for to discuss the possibility of a non-Bharatiya Janata Party government at the Centre, after watching the results to be declared on May 23.

The report, on the face of it, appears to be purely speculative and far-fetched, as nobody knows what the outcome of the elections would be. If at all Sonia extends any such invitation, she would do it in the afternoon of May 23, when the trends would be clear.

The meeting can be held a day later, not necessarily on the same night.

Secondly, there are inherent contradiction within the report. How can TDP president N Chandrababu Naidu and YSRC president Y S Jaganmohan Reddy will attend the same meeting? For that matter, will KCR attend a meeting in which Naidu is present?

If the Congress admits YSRC and the TRS into the coalition, Naidu will opt of it. And other parties like Mamata or Samajwadi Party might be interested in losing Naidu.

If Congress wants to negotiate with Jagan and KCR, it will do it separately and not when Naidu is present.

In any case, if the reports are true, both TRS and YSRC prefer to join the NDA bandwagon, rather than the Congress, say analysts.

Moreover, the Congress knows if it ropes KCR and YSRC into the coalition, it would mean the party has lost hopes of recovering in the Telugu states and it amounts to admitting that the Congress will play second fiddle to these parties in their respective states!