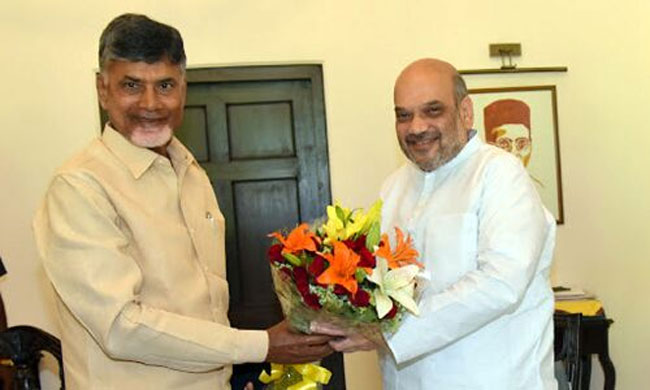 In politics, one has to know how to bide your time and wait for your turn. Union Home Minister and BJP strongman Amit Shah must be laughing in his sleeves when Chandrababu has announced that he would meet Amit Shah to complain about the attacks on TDP offices in Pattabhi’s case.

Interestingly, it was during Chandrababu’s regime that the TDP hooligans pelted stones on the convoy of Amit Shah when he visited Tirupati. Chandrababu indirectly supported the attacks. Chandrababu also said that he would not allow any Central forces, including the CBI into his state. Foxy Amit Shah bided his time and waited for an opportunity.

Today, Chandrababu is at the receiving end with YSRCP men rampaging through TDP offices over Pattabhi’s obnoxious comments on Jagan. He is now demanding that the Centre intervene and send the central forces. What a comedown for a man who did not allow CBI into his state? Not just that. He said he would meet Amit Shah on Saturday and apprise him of the situation in the state. Now, he would go all the way to Delhi to seek Amit Shah’s appointment.

What if Amit Shah does not give an appointment to Chandrababu? What if Amit Shah reminds him of the attack on him at Tirupati? What if he simply says that Law and Order is a state subject and that the Centre cannot intervene?