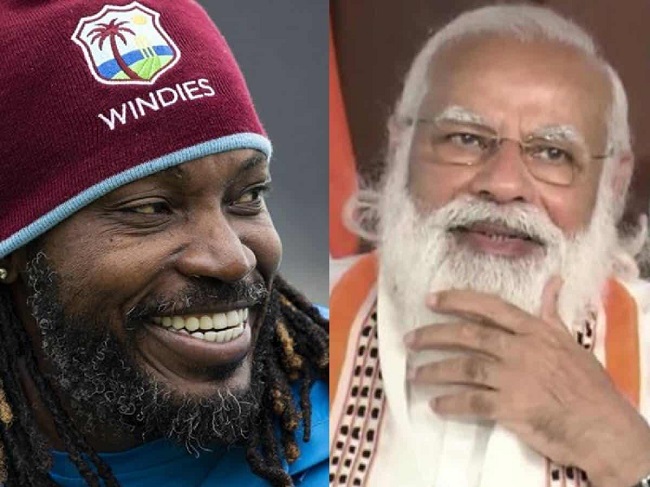 The iconic spots in the country were decorated in tricolor, marking the 73rd Republic Day. As a bid to wish India on the special occasion, other countries have also decorated the popular spots in three colors on the lines of three colors in the Indian flag.

On the occasion, one of the most loved overseas cricketers Chris Gayle had extended his wishes to India on the eve of Republic Day. On social media, the Jamaican player had congratulated the countrymen in India. Gayle also used the opportunity to thank Prime Minister Narendra Modi.

In his tweet wishing Indians on Republic Day, Chris Gayle said he received a personal message from the Indian Prime Minister and he woke up to the message. The Universal Boss had termed the message as a reaffirmation he enjoys with the Prime Minister.

“I would like to congratulate India on their 73rd Republic Day. I woke up to a personal message from Prime Minister Modi @narendramodi reaffirming my close personal ties with him and to the people of India. Congratulations from the Universe Boss and nuff love,” his tweet reads.

IPL has been the bridge between Indian fans and overseas players. By playing with the franchises, they have been receiving unconditional love from Indian cricket fans. The cricketers also expressed their love towards Indian fans on various occasions and this is among them.