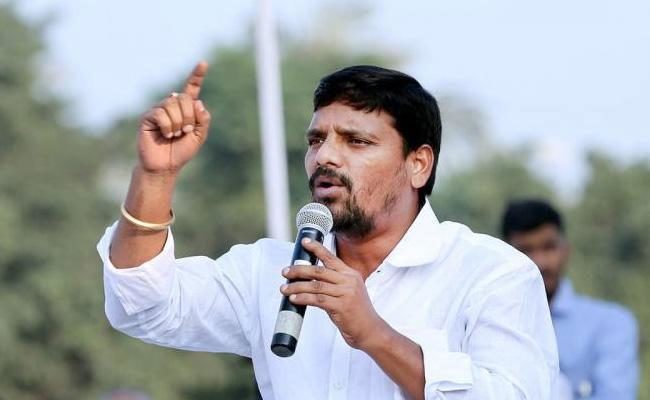 Popular social activist-cum-journalist Chintapandu Naveen Kumar alias Teenmaar Mallanna, who was until now, an individual fighting against KCR, has recently joined the BJP, in the presence of BJP in charge of Telangana affairs Tarun Chugh in New Delhi on Tuesday. Mallanna was in jail for a month until recently, several cases having been filed against him.

Speaking to the media on the topic, Mallanna said that there would soon be a day where he would whip the family of KCR, including his son KTR, daughter Kavitha and nephew Harish Rao, for the injustices they have been committing in the state. He said that he would tie them all up to the Telangana Martyrs Memorial, where he would whip them in public by inviting the parents of the Telangana martyrs.

Mallanna said that he was the only one opposing the Telangana government and KCR in the beginning, but that now many such people have come up, and they will not rest until KCR is pulled down from power. Mallanna said that the several cases filed against him were all fake and that even the police department was feeling bad about it. He concluded by saying that the day KCR is exposed is very soon.