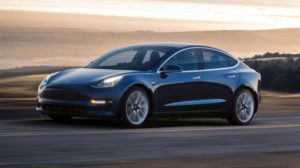 As security threats worsen, the prize money needs to be attractive too. At the annual Pwn2Own hackathon at the CanSecWest conference in Vancouver, Canada, security researchers finding bugs take home the laptops they exploit, but this year, they can take home a Tesla.

Tesla has announced that it is partnering with Trend Micro to offer up a Model 3 to be ‘pwnd’. According to Engadget, it will be the first vehicle in the Pwn2Own contest’s new ‘automotive category’.

Instead of the good old laptops, security researchers will attempt to find bugs with the Model 3. If they are successful, they could drive home the swanky new car.

In addition to Tesla, there are over USD 1 million in cash and prizes to be won at this year’s Pwn2Own contest.