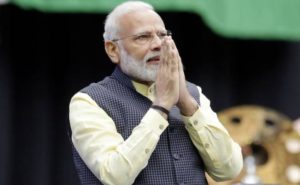 The Corona virus is not slowing down at the moment in the country and cases toll has crossed 4500. Yet the BJP led government in New Delhi did not announce any financial package. Instead the Reserve Bank of India (RBI) has come up with a package to deal with the financial crisis.

Congress interim president Sonia Gandhi who is observing the outbreak of Corona for the last few days, has few suggestions for the Modi government. Mrs. Gandhi wants a complete ban on the political ads on Television, print and online for a period of two years. The Congress head however is okay with health advisory ads.

Then Mrs. Gandhi suggested to halt the central vista project which tunes up to Rs 20,000 crore. This money can be used to develop hospital infrastructure in the country and also Personal Protective Equipment (PPE) Kits to health care workers.

The recommendations also include 30 percent cut in expenditure budget. Rs 2.5 Lakh crore can be allotted to migrant workers, labourers and farmers. Sonia Gandhi also asked Modi and his ministers to stop the foreign visits. In the last five years, Rs 393 crore was spent on Modi and ministers’s foreign visit.

Lastly the Congress president cited PM CARES fund should be transferred to PM-NRF which will ensure transparency and audit in the manner the funds are spent.

These five suggestions look good on paper but don’t think Modi and his government will give a thought about it because that’s how Indian politics work even in human crisis situation.