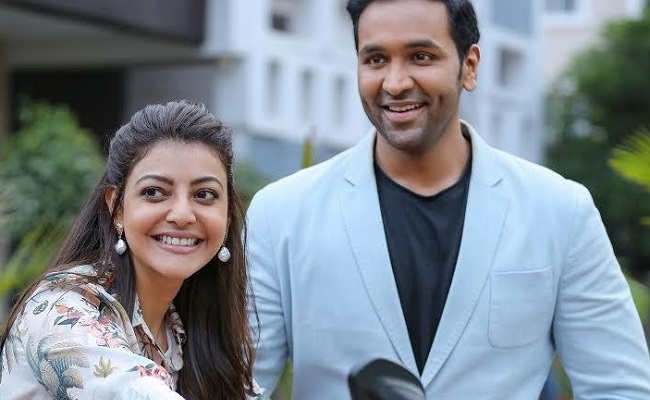 Manchu Vishnu and Kajal Aggarwal will be seen as brother and sister in upcoming crossover film Mosagallu.

Confirming the news officially, a special poster of the film has been released today on the occasion of Raksha Bandhan.

The poster sees Kajal riding Ducati bike, while Vishnu stands close to her, wearing smile on their faces.

It’s a rare phenomenon that a leading actress playing sibling to male lead and their chemistry in the film is said to be one of the major attractions.

Both Vishnu and Kajal went through a special workshop for the film, before joining the shoot.

Particularly, Vishnu worked hard on action sequences to impress large sections, given the film will be released worldwide.

Based on one of the biggest I.T scam in history, Mosagallu is currently under-post production.

Jeffrey Gee Chin from Los Angeles is directing the film.