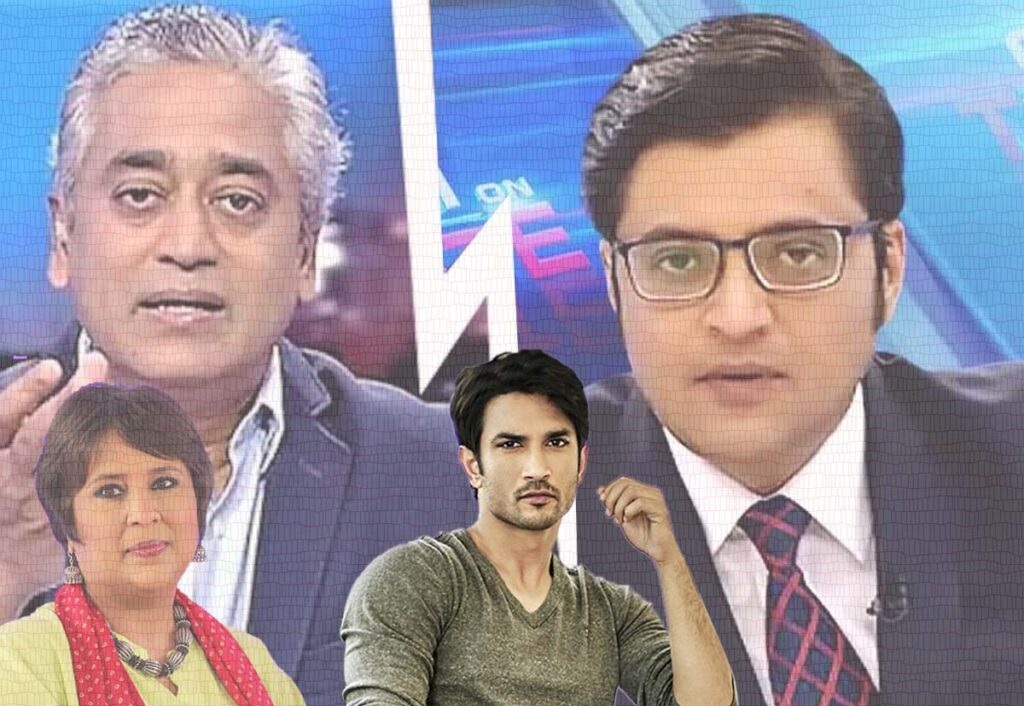 Whenever there is news that has all the possible perspectives and chances to get viral, then media houses often sensationalise it. That is what happening right now as Big Hindi channels that call themselves as ‘national channels’. At a time when the country is hit badly by Covid-19 pandemic, for them, Sushant Rajput’s death case became the actively pursued one.

Guess what, Sushant’s case has divided national channels into two groups. While Republic TV heads one agenda, the rest of the channels are against it. Republic is carrying stories which hint that Rhea Chakraborty is the master culprit and Sushant has no issues of depression or ill-health. The channel is continuously bringing people including Sushant’s friends, family and ex-BF Ankita who share versions of the story that Sushant is all good and there is some conspiracy behind his death.

At the same time, Barkha Dutt led NDTV and Rajdeep Sardesai led India Today are completely against the stories being telecast by Arnab Goswami’s Republic TV. These two channels have aired stories where the psyhicatrist of Sushant shared that the actor has bipolar disorder. These channels call that ‘banana republic’ is doing media trials and Rhea is coerced to run away with unfair news stories.

For now, videos from these channels are going viral on the internet and audiences are surprisingly catching up with both sides of the story. And with Mumbai Police not co-operating with Bihar police, surely Republic TV’s version is getting more attention.