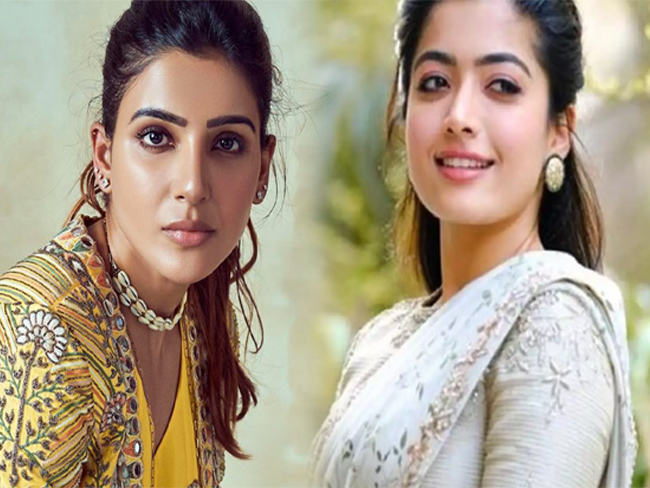 Nepotism is one of the most discussed issues across the film industry. The discussion about talented people from the outside not given enough opportunities unlike people from big backgrounds is getting stronger these days. Not just in Bollywood but nepotism exists in every film industry. Not just the actors but even heroines are facing the same problem as per sources.
Going into the details, Samantha who came into the industry as an outsider is now a part of one of the most influential families in Tollywood. She is not Samantha Ruth Prabhu anymore but she is Samantha Akkineni. Talk in the tinsel town is that she is using the resources at her disposal to bring down her direct rival Pooja Hegde. As we know, Pooja and Sam had a few differences in the recent past. Now, Samantha is using reportedly trying to divert all the film offers from Pooja to Rashmika Mandanna by using her contacts. Gossip says that she is bringing the topic of Pooja-Sam’s online riff in front of the heroes who are close to her and is spreading negativity on her.

In the meanwhile, Samantha and Rashmika are going to act together soon in a bilingual as per sources.