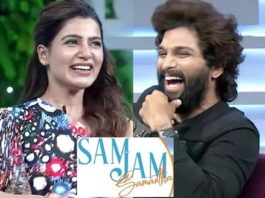 He may show ‘Vishwa Roopam’ on screen and play roles as diverse as chalk and cheese. Yet, there is one role that actor Kamala Haasan can’t play for sure â€“ the politician’s role. Kamal Haasan has turned out to be an utter failure in politics. His party faced utter rout and even he failed to make the mark from Coimbatore South.

Totally dejected, an exasperated Kamal is now all set to quit politics. Kamal’s party Makkal Needhi Maiyam has not managed to win security deposits in scores of seats. All his major leaders have bitten dust. Sources close to him say that Kamal Haasan is all set to make a formal announcement anytime soon.

To add to his woes, most of the key leaders are leaving the party in drones. Party’s vice president Mahendran has announced that he was resigning from party posts. Many other leaders too are following suit. Many leaders are now looking towards DMK and AIADMK. Some of his key leaders had actually come from the Dravidian politics and are now planning to return.

Kamal is said to have told his close confidants that there is no point in continuing in politics. There are no immediate elections in the state even at the panchayat level. So sustaining the party is going to be quite difficult. Also, Kamal has clearly followed anti-BJP politics and now that the BJP-AIADMK front is defeated in the elections, there is no need for his party. He has realised that there is no space for his party MNM. Hence, Kamal might leave politics sooner than later.