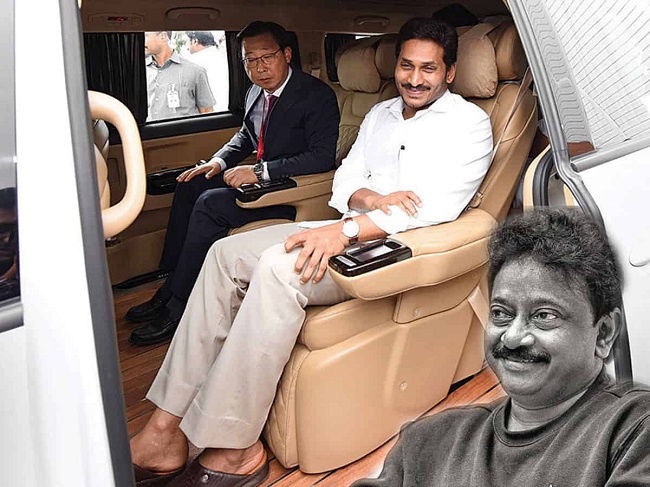 YSRCP chief and Andhra Pradesh Chief Minister YS Jagan Mohan Reddy has an undying love for formal dresses. Despite becoming Chief Minister, he is following the same style. On very rare occasions, we see him coming out of his dress style, white shirt, and cream pant.

Maverick filmmaker Ram Gopal Varma in his recent interview had reacted to Jagan’s style and made some interesting comments against Jagn style.

In an interview, RGV said that he is impressed by Jagan’s style by keeping his attire as simple as possible by donning casual wear. Unlike other politicians like Prime Minister Narendra Modi and Nara Chandrababu Naidu, Jagan wears normal clothes which is interesting.

While the politicians like Modi, Chandrababu, and others try to create an influence on others with their style. But Jagan is quite different. He follows his own style by wearing simple clothes. RGV maintained.

Talking about other politicians, RGV maintained that the Prime Minister look in Ravindranath Tagore inspired beard look and formal wear makes him even more presentable and the looks make him attractive. That is his style, RGV said.

When it comes to oratory skills, Jagan, KCR, and Senior NTRs come ahead of Narendra Modi. Out of them, KCR stands alone as he knows how to deliver speeches to make the crowd at the meetings cheer and clap, RGV concluded his observations.