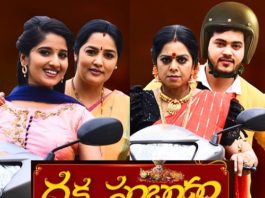 Prabhas is simultaneously shooting for Adipurush and Salaar which are being produced on a massive scale. He will be joining the sets of his next with Nag Ashwin from this July.

Coming to the topic, Prabhas is also obliged to work with Mythri Movie Makers for a big-budget project. Mythri had paid him a whopping token advance a long while ago and are hoping to materialize a project at the earliest.

Apparently, Prabhas has asked Mythri Movie Makers to bring a Bollywood director on-board for the project and they are acting accordingly.

Mythri Movie Makers got in touch with Siddharth Anand who is presently busy with Shah Rukh Khan’s Pathan.

Earlier, there were rumors that Siddharth is also interested in collaborating with Prabhas and he might well sign a contract with Mythri Movie Makers sooner or later.

Prabhas has an impeccable line-up of projects already and add Siddharth Anand to the list, one can only wonder the sensation he is going to create at the Indian box office.