Advertisement
Home News Film News Pic Of The Day: Prabhas In All Smiles With Nag, Dutt 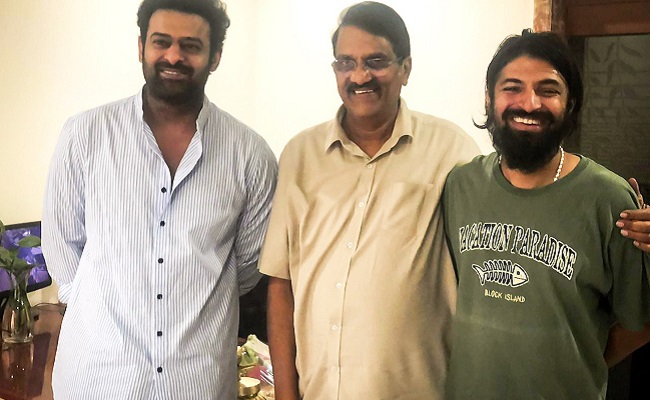 Calling it an incredible day, the production team posted the picture where director Nag Ashwin, producer Ashwini Dutt and hero Prabhas are seen all smiles.

The excitement is seen in their faces. They assured that, Prabhas fans will feel proud of the crazy project.

The film is likely to go on floors sometime this year, after Prabhas wrapping up his ongoing project.

This is going to be a Pan India film to be made in multiple languages.