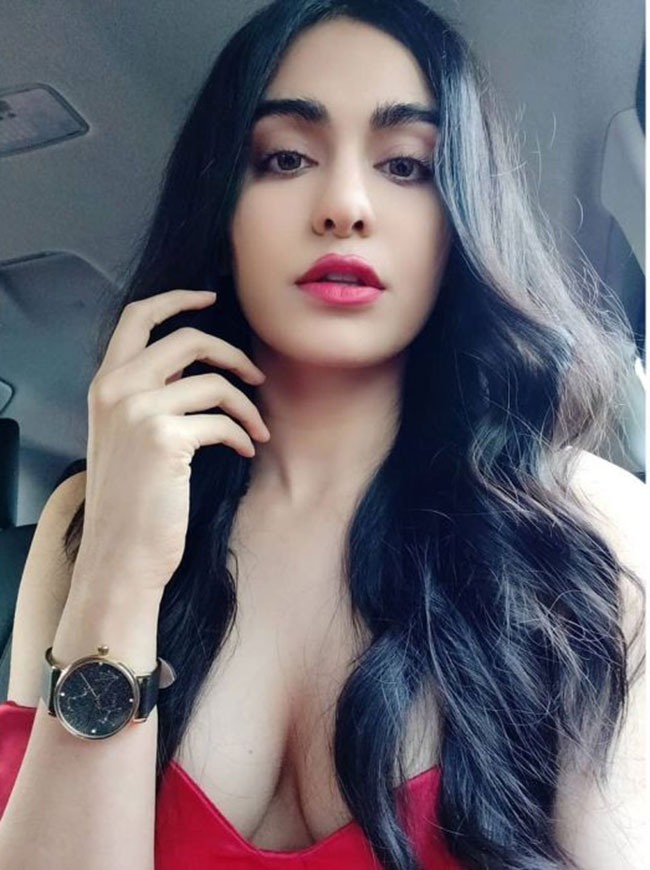 Hot Mumbai girl Adah Sharma made an impressive debut with ‘Heart Attack’ in Tollywood but couldn’t follow it up with good films. She faced some setbacks and was given spineless roles which never helped her career. Her only notable role apart from ‘Heart Attack’ was in ‘Kshanam’ where she dies by the interval.
She tested her luck in Bollywood too with films like ‘Commando’ but fortunes aren’t in favor of his fair-skinned girl. With nothing left to do, Adah Sharma has only one way to lure the audience and filmmakers which is resorting to heavy glamor show which she abundantly does on social media. She posts were workout clicks in slinky outfits, her bikini pictures, hot photo shoots, and whatnot to impress and satisfy the followers.

She is now back again with some smoking hot selfies where she is seen wearing a too deep neck red outfit revealing a huge amount of cleavage thereby raising temperatures to the core. She is bringing all of her glamour out to keep her followers entertained and attract some makers. Hope all her efforts workout.