Advertisement
Home News Pawan Kalyan to focus on politics only from 2022? 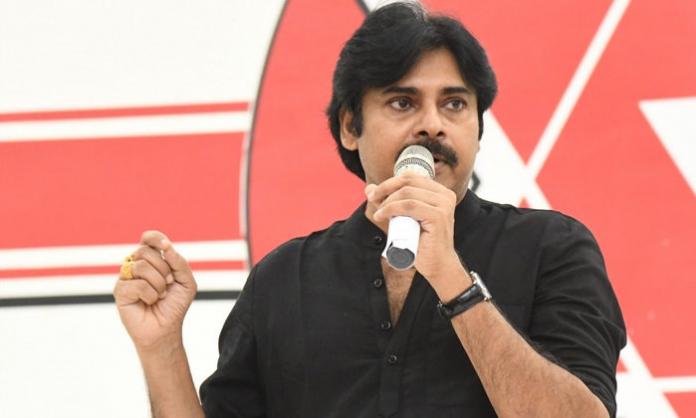 Is Power Star Pawan Kalyan planning to become active in politics much before the self-imposed deadline? Those in the know say yes. Pawan Kalyan has asked his producers to speed up the shooting of the films so that he could devote more time to politics in Andhra Pradesh. As of now, he has three films on hand â€“ Bheemla Nayak, Bhavadeeya Bhagat Singh and Harihara Veeramallu.

Highly placed sources say that Pawan Kalyan is coming to feel that the situation in Andhra Pradesh is becoming more volatile and there is an urgent need for him to occupy the vacuum. He is of the opinion that the TDP is fast losing ground. Despite the dwindling popularity of the YSRCP, the TDP is unable to make any gain. This is because of a credibility crisis for the TDP, feels Pawan. He believes that this is the time for the Jana Sena to grow into an alternative to the YSRCP.

Hence, Pawan feels that he needs to be more active in AP politics. There is a dire need to build the party organisation from the ward level and use this to counter the YSRCP. He feels that the strategies need to be worked for the party for the coming two years so that the party can effectively face the YSRCP onslaught.

As a result, he has asked his film makers to quicken the pace of the filming of his existing projects. His Beemla Nayak is set for the Sankranthi release. Film trade circles say that Pawan will then take up the Harihara Veeramallu project, which is being directed by Krish. After this, he would take up Bhavadeeyudu Bhagan Singh, which will be directed by Harish Shankar.