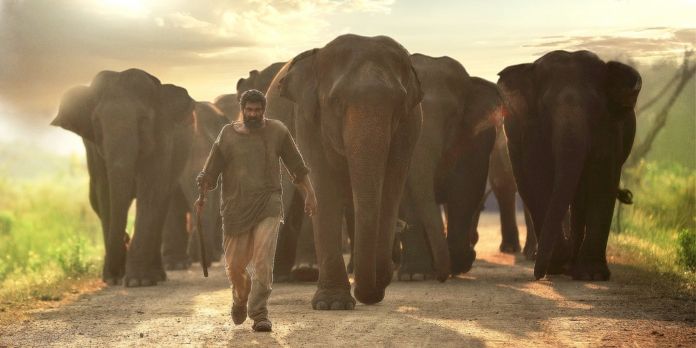 Rana Daggubati’s last film Aranya was scheduled for release on April 2nd initially. The film is a tri-lingual which was due for release in Hindi and Tamil along with Telugu. Prabhu Soloman has directed the movie. Apparently the film has faced lots of hurdles while in production and taken more time to complete. Now it is awaiting for release for more than two months.

With theaters couldn’t be opened for at least two months and there are inhibitions in society about going to theaters even if they are opened, producers are thinking to release their movies to OTT. Aparently OTT giant Netflix has approached Suresh Babu and Eros International about releasing the movie through their platform.

They have offered fancy price for all the three languages said a source. However producers haven’t given a word yet but are playing wait game. “They need to discuss and come up with a collective decision” that source confirmed. Aranya story is based on environmental activist Jadav Payeng. We have to wait and see whether this movie will wait for theatrical release or go for OTT option.